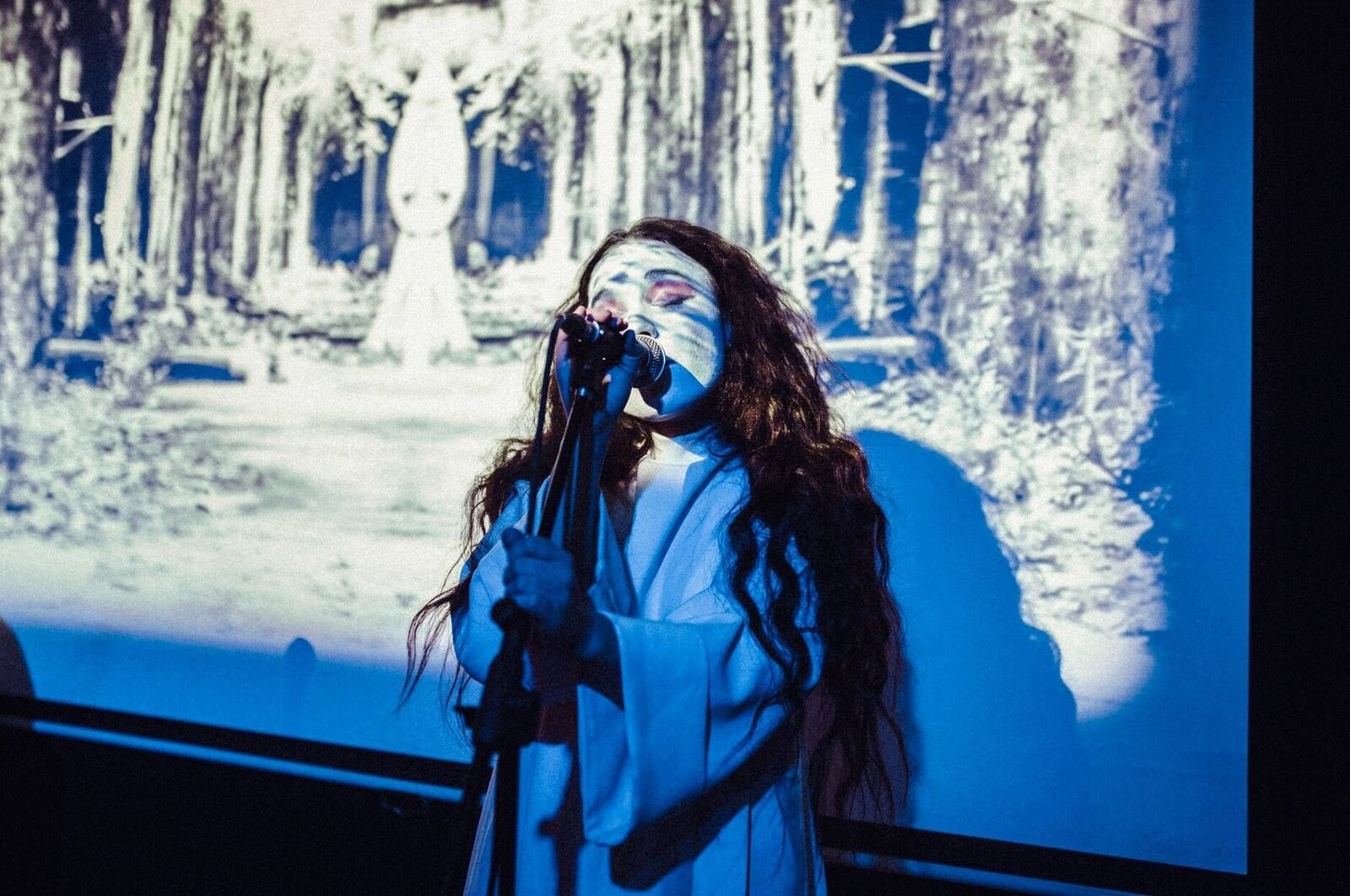 The experimental pop duo Northwest is playing for the first time in Portugal Wednesday 9th of May at Maus Hábitos - Espaço de Intervenção Cultural, Porto.

Northwest is one of the most interesting musical projects in the independent scene. Their sound has been defined as 'nostalgic', 'new and experimental', 'cinematic and ethereal' and compared to acts like Portishead, This Mortal Coil, Debussy and Robert Wyatt, among others. Their live shows and videos (with a flavor reminiscent of old soviet movies, pre-raphaelite pictures and elements of dance and theater improvisation) have demonstrated that Northwest are, little by little, crafting and curating a unique and promising universe.

Northwest was formed in late 2015 when multi-instrumentalist, composer and producer Ignacio Simón and visual artist, composer and singer Mariuca García-Lomas moved from Spain to the UK. They gained media attention with three home recorded singles (Reflection, Wind and Look At Me) which were released in early 2016 accompanied by three enigmatic music videos directed by Mariuca García-Lomas herself.

They recorded their first record entirely on their own in different and unexpected parts of the UK (an old church in the middle of the countryside, the studios of a university in London and various houses and flats in and around London). Another three singles with three videos were r eleased as a first taste of this album (Dimaryp, Same Old Sky and Sun). The record will be officially released as a double album in two parts during 2018.

Among this long-awaited released, Northwest is touring throughout 2018 all around Europe, while documenting their trips in a new series of mini-clips they've called Pieces of Northwest.